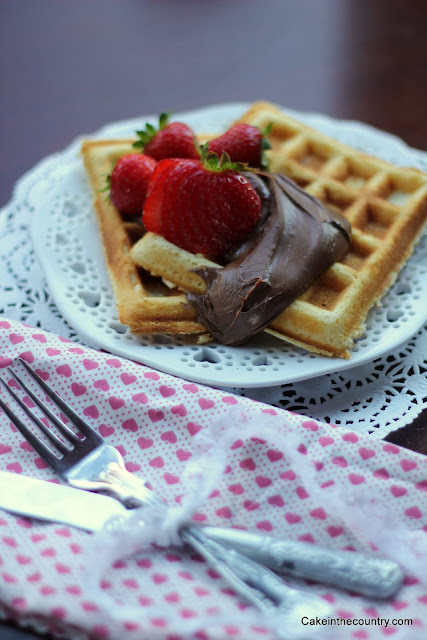 Growing up in Ireland, where to the Irish person waffles are the infamous potato waffles, I didn’t get much exposure to the american or belgian style waffles. I had, of course, read and heard about them for years due to my obsession with reading as a child, and my local library’s supply of babysitter’s club and sweet valley books. Despite their ‘athletic build’ they seemed to live on a diet of waffles and pot roast, both of which I was unfamiliar with. So I thought it was high time to do something about the lack of waffles in my life and after a number of attempts, this is the one that I’m sticking with! Now one of the things that had put me off making waffles was this awkward process of separating and beating egg whites until peaked (not to mention I didn’t have the patience for proving with the yeast types) and such, however, recently OXO sent me out a whisk to try out. Remember those old fashioned contraptions there you turn a wee wheel and two beaters whizz around, getting stuck every so often but that your granny insisted was the best thing to whip the cream for the trifle? Yes, that type. Only they’re really quite fabulous. It’s a really smooth mechanism and it whips those egg whites into soft peaks before you can say ‘bloody whisk’ and throw it across the room. 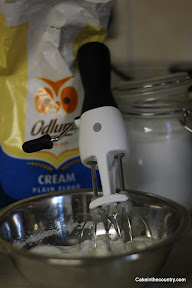 On to the recipe.

4 large eggs, separated. Make sure no yolk gets in the white!
250g flour (I use cream
2 tsps baking powder
1/2 tsp salt
50g sugar
1/2 tsp vanilla extract
60g butter (unsalted pref) melted
500mls milk at room temp or even slightly warm (otherwise the butter will solidify when you mix them)

1. Turn on your waffle maker to medium high
2. Mix your dry ingredients- flour, baking powder, salt
3. Beat your egg yolks with all but 1 tbsp of the sugar until pale and creamy.
4. Add the vanilla, butter and milk and whisk well.
5. Add the flour mixture to this and mix nicely until there are no big lumps. A few wee ones are ok.
6. Beat your egg whites until they start to hold a shape. Then sprinkle over your last tbsp of sugar and beat again until they form soft peaks.
7. Stir about 1/4 of the egg whites into the batter to lighten it. Then add the rest of your egg whites and carefully fold in until just mixed. Don’t overmix or the pancakes will end up super flat and rather disappointing.

Cooking the waffles
A. Make sure your waffle iron is preheated
B. Take some oil spray or non stick spray (use melted butter or oil if you have none) and lightly spritz your 2 sides of your waffle iron.
C. Put spoonfuls of the mix onto your waffle iron and close. I’d go less rather than more until you figure out the right amount to avoid major spillages.
D. A good way to tell if the waffles are done is if the steam coming out has reduced a lot. My waffle maker doesn’t have an ‘I’m done’ signal. Sin e! 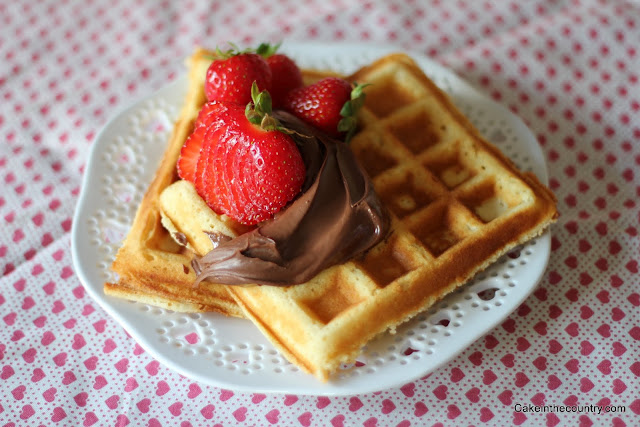