I’m not a fan of funerals, as things go. But I was at one today that was different from any funeral I’ve ever attended. I won’t say much about it, except to acknowledge that I have never seen quite such a high percentage of the community with a great story to tell about somebody. I’ve also never heard so many laughs and so much applause at what was really a celebration of a life lived to the fullest. A gas man. RIP. But as always, these things make you think. My memories of this man are all tied up with a certain lane where my ‘second family’ live.

Both my parents worked when we were growing up. We had a second mammy who would mind us- Kitty. Every day we would dutifully get up at 7.30 (all in training for the next 50 years of my life), and get dropped at Kitty’s house by 8.30. Theoretically we should have been there by 8.10, but Hannah had a little bit of a ‘thing’ about socks that would inevitably lead to a screech that would rise the hairs on the back of the neighbours neck (rumours of a banshee were thrown around for years), and a mumblejumble of insisting through clenched teeth that ‘they. are not. the. right. SOCKS-eh’, and her all time favourite ‘NO-eh’. The ‘-eh’ followed the last word of each sentence whenever she was throwing a strop, which, let’s face it, was most of the waking hours. I, of course, was an angel.

But back to it. When I think of Kitty’s house, an amalgam of memories- salmon sandwiches on the lawn outside, our mock ‘community games’ which were rewarded with those wee tightly wound chalky yet fizzy rolls of sweets, or the odd drumstick or packet of sherbet colas (hello childhood), emmerdale farm on whilst I got my (long and unruly) hair plaited for mum coming home, playing down by the fir trees by the shed, and on rainy days in the shed playing post office or shop. The days before ipads and ipods and phones and with a lot less tv to watch seem now like a whole different planet. (Captain planet. That’s another one. Excellent TV.)

Well if (IF) it were a good day there’d be a number of things to do. I would begin the day by burying my head in a book- and there I was for hours of the day until I was distracted. Distraction itself involved needful use of dynamite, some practiced shouts in unison from the whole family, and Hannah jumping up and down on me until something clicked and I left the world of ‘James and the giant peach’. Then we’d happily go about playtime outside. The ‘community games’- I think Ireland must be the only place that children play ‘community games’ as well as going to them. We were bright childer, full of the imagination altogether, as they say.

On nice days, we’d get sent on certain errands to take up the day ‘Off down the road for a walk with ye now, and drop this in to Mary for me’- we’d have to deliver ‘The messenger’ to the neighbours, and with a hop (in Hannah’s case, she couldn’t run without hopping) and a skip we’d take off down the road. There were 3 or 4 houses we’d go to regularly enough. We’d visit Mrs C, get ushered in and would sit beside the turf fire and the heater (even on the hot summer days) and would have a chat and catch up on the latest news. Emerging from the sauna like atmosphere, my glasses would desteam and we’d have races up the hill. Never fared too well in those either. Occasionally we’d bring bikes. I used an old High Nelly that was in the shed. I loved it but it was a pain to get up that hill on! We’d amble on towards the G’s house and pop into the back kitchen, full of bustle and rush after the previous quiet visitee. I don’t ever remember going in when there wasn’t something cooking. It was amazing. After that we’d pop into F’s and have a chat with Mary- who also minded children, and see what was happening in there. There was always news. For a community of a few hundred (if even), we were like an australian soap for the news. Theme tunes ought to have been piped out as we knocked on the neighbours door. We’d have needed opening credits of course- Pan shots of each of the neighbours and the children. Peter in a ghostbusters outfit, Hannah with a pair of socks and a good humoured smile on her face, shots from bonfire night (Bodhran and guitar from Padraig and Jim, keyboard from Marion) and waterfight wars on birthdays, you know the kind.

Well we’d move on and deliver the news back up the road. A chorus of perfectly placed ‘oohs’ and ‘aaaahs’, and ‘ah now’ and ‘isn’t it well for him’, and the all time favourite ‘ah go away (+/-outta that)’ would greet our tales. And then off into the day to keep ourselves occupied. Picnics were my favourite. A blanket in the lawn, all 5/6 of us out (pre-hannah/post-hannah) and then came the job of balancing the cups and plates just right that they wouldn’t fall over on the grass. We’d have ham or salmon sandwiches, biscuits, a bag of wheelies each and a sup of red lemonade. Soon, sweets would appear as if by magic, and oftentimes a secret ice cream would pop out the living room window. Lying out in the garden, torturing Louise by resting our toes on her and arguing over who gets which colour ice pop- we were blissfully carefree. There’s no business like show business they say, but I can tell you for sure- there are no picnics like Kitty’s picnics. 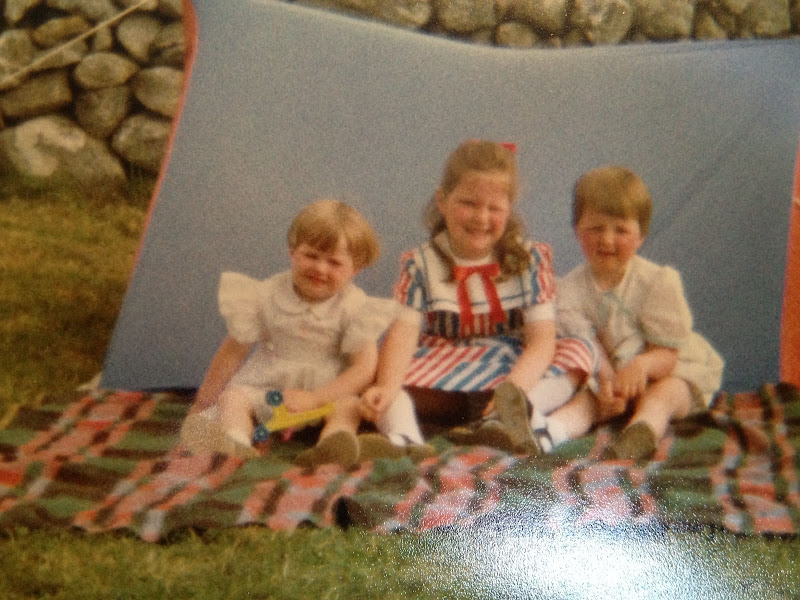 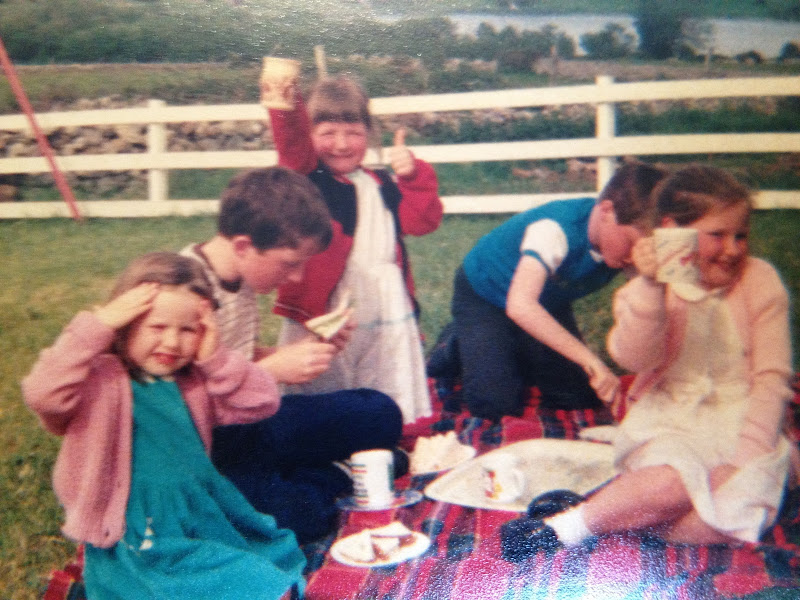 One thought on “Those lazy hazy days of summer..”