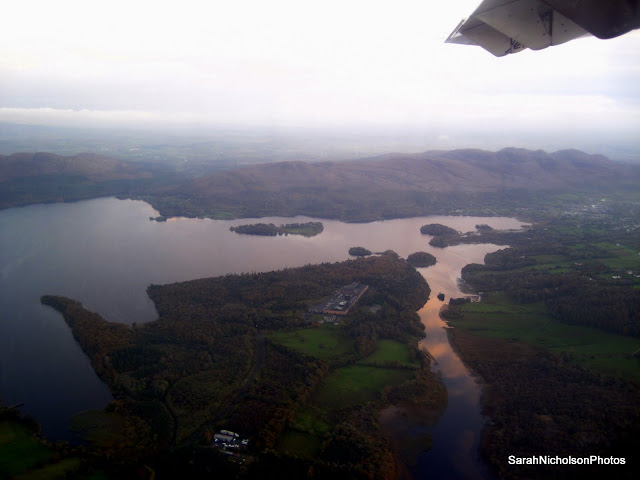 So Sligo. The land of heart’s desire. It has mountains, it has beaches, it has the views, the literature and the arts scene. Home to Yeats and subject of his poetry. What you may or may not know is that it also has the food festival! From the 16th to the 20th of March, there will be a rather amazing food festival, with demos galore, loads of fun filled activities for kids (small and big kids alike), and a serious overdose of craic to sort out your weekend! The full programme is available at http://www.sosligo.com, and I strongly urge you to look at the programme.

When they mentioned they were on the lookout for a new dish to represent Ireland, it got  me thinking. Now as you know we had the Traditional Irish cookalong last Friday, but I wanted to get past the traditional and try for something new. Bearing this in mind I began thinking of what we do well foodwise in Ireland. I have to admit I didn’t know where to start. Our meat and dairy is fantastic – we have happy cows here as I always say. That being said, Ireland as a whole has so many great foods, I decided to narrow it right down. I love all things local, and I think it’s so important to support your local produce. There are three main things that I personally find Sligo does extremely well with – Dairy (Good old NCF milk is the best in the country), Lamb (Biased as ours is very good!), and Salmon. We regularly have our neighbours knock on the back door with an entire salmon they caught that day (having caught 3 others they have plans for). I think in general all veg is well received, we seem to have some rather good soil about the place. So bearing all this in mind I chose the following for  my idea for a new national dish (or menu). I’m hoping to make and photograph each part over the next week or two, so hang on in there for recipes. 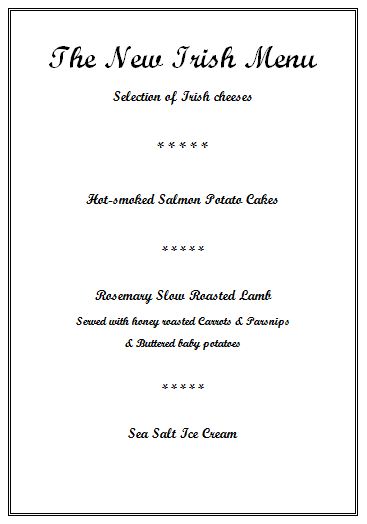 Now. I know these be recessionary times, and we can’t afford to be going mad with food here in Ireland. I am flat broke myself. Smoked salmon is expensive. Thus I suggest you get a side of salmon and hot smoke it in a wok yourself. This results in a smokier flavour and different texture, which I think goes so well in a potato cake as it all balances out fantastically. Darina Allen does a fantastic tutorial in her book – Forgotten skills of cooking, which I shall give a go soon and let you know exactly how it works out.

Likewise, lamb is expensive. However for the Rosemary slow roasted lamb you can get fantastic results with the cheaper cuts- neck and shanks are what I used and the flavour was tremendous. Recipe will be up in the next few days! Was a very simple brown the meat, add an onion cut in half and a head of garlic cut in half and a few sprigs of rosemary, a dash of wine and a cup of water and off to the oven you go! No mess, no fuss, what we all need on a Saturday, only to produce the most fabulously tender and tasty lamb, falling off the bone and with a gravy ready made in the pot, just in need of thickening and reducing. You can’t go wrong!

Sea Salt Ice cream is I think the pride and joy of Murphys Ice Cream Parlour. I have a lot of trouble resisting it when I’m passing, as Mary or Jennifer could tell you. So much so that I shall have to give it a go when my ice cream maker is rooted out again this summer. This encompasses the dairy element as above! I thought as a flavour it would reflect Sligo’s famous coastline, the beaches of Strandhill, Rosses Point and Streedagh amongst others. Beautiful places they are! Visit them when you’re at Sligo for the food festival! You are going… right? I shall see you there!

Oh just an aside-  the cheeses of Ireland are plentiful and really really good. Here are a few examples of what would be included (Taken from the CAIS website)

So there you have it. Come to Sligo! See the sights. Tis a nice placeen now, so tis. Without further ado, I shall leave you with a few photos of my favourite things about Sligo. Enjoy! 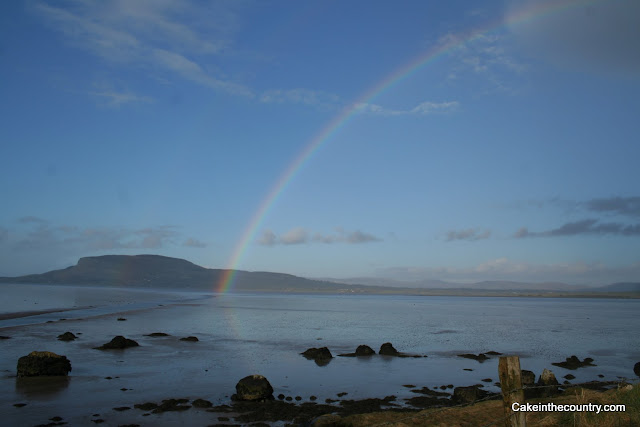 A rainbow in front of Knocknarea 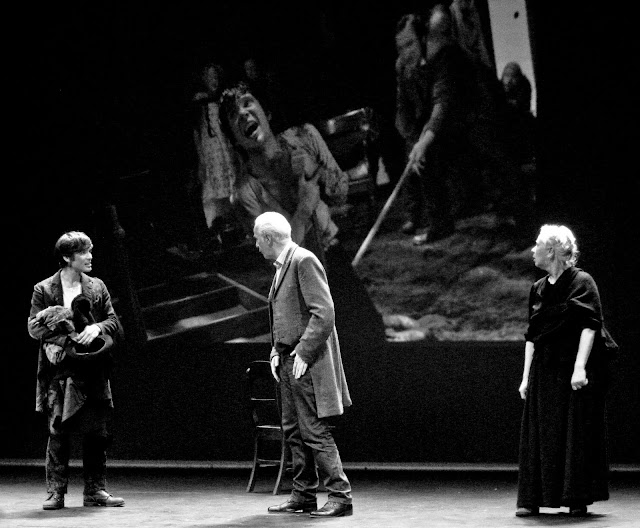 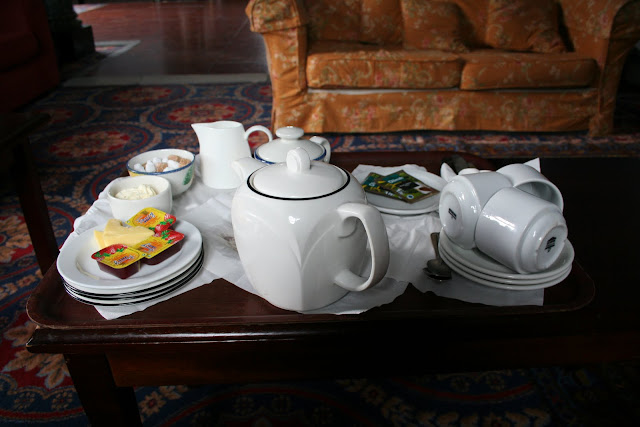 Afternoon tea in a castle. Naturally. 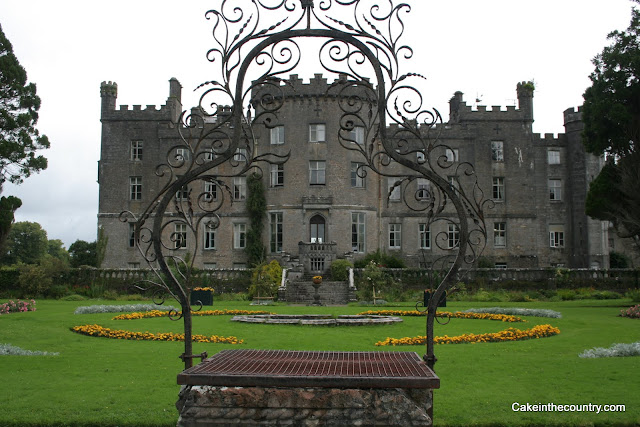 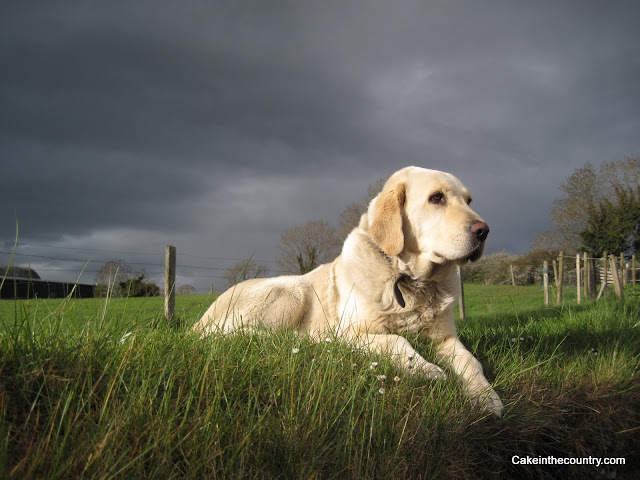 We also have some lovely thunderstorms! 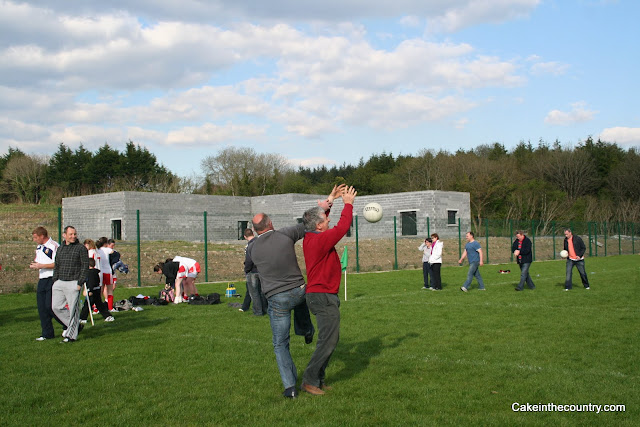 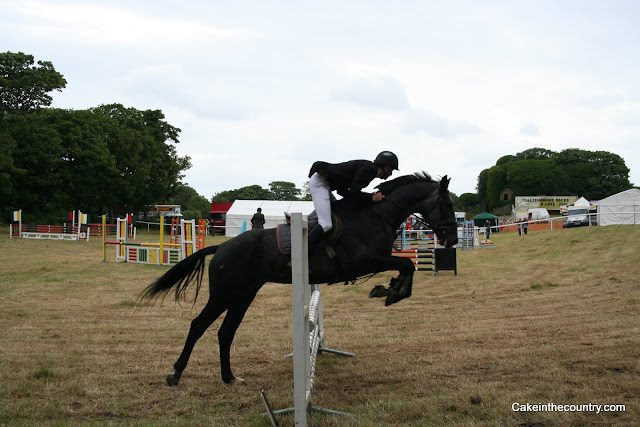 Strandhill show, it's a horsey place! 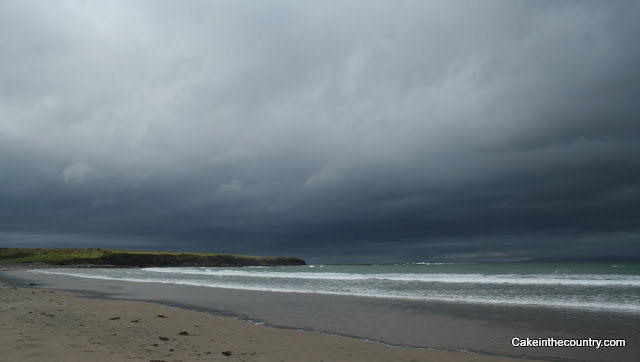 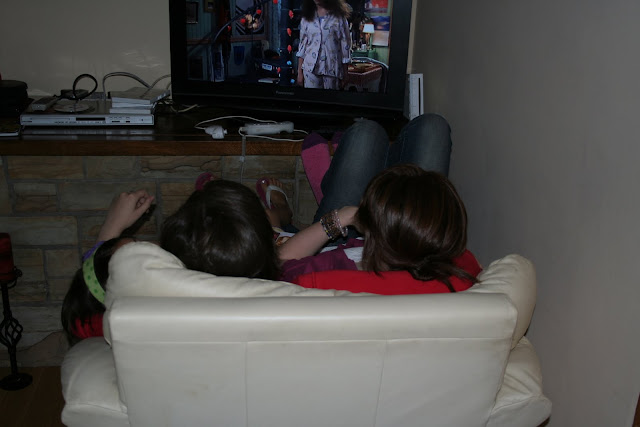 Family. All jammed into one chair watching the princess diaries. Love it 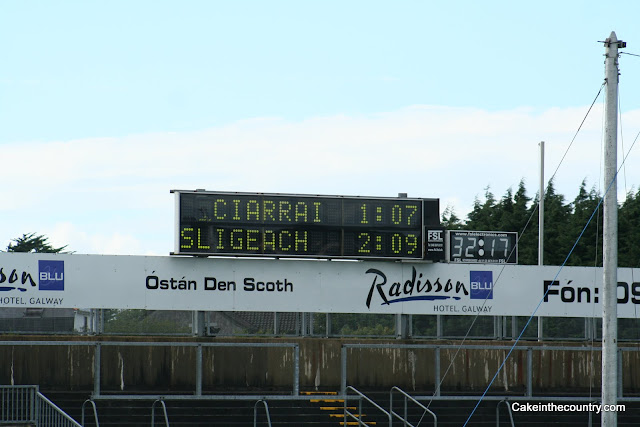 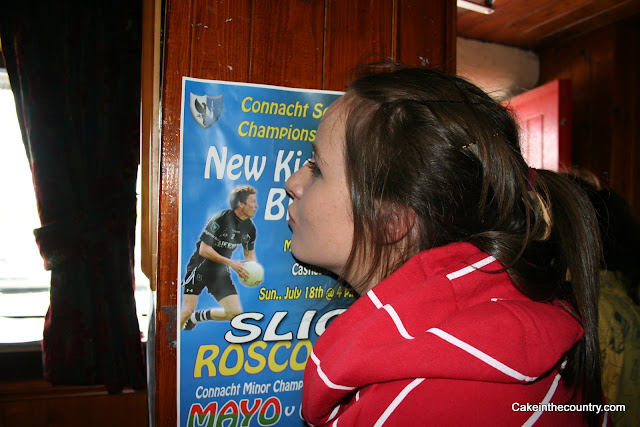 We love our GAA players! 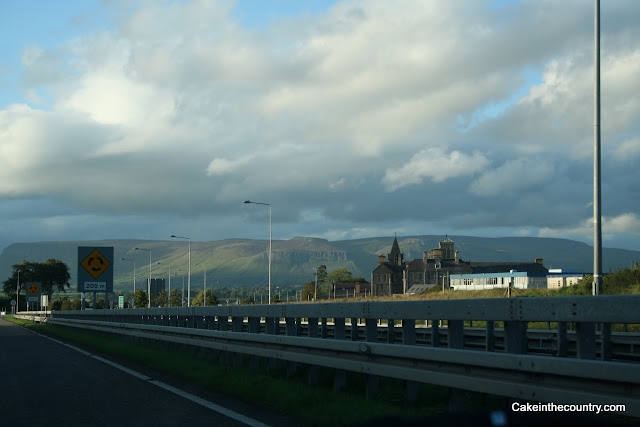 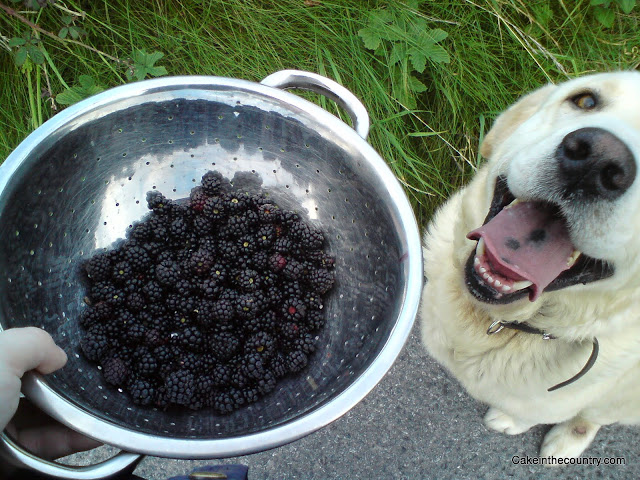 Blackberry picking with an adorable doggy

See why I love it? More pics when I get my hard drive back!